I am Enrique X. de Anda Alanis, head of the Mexican 20th  Committee for Modern Architecture,Vice President for Latin America of the ISC 20C of International ICOMOS. PhD in History of Art, specialist in modern architecture of 20th century, full time academic at the National University of Mexico. I am respectfully writing to you on behalf of Latin American professional defenders of the modern architectural legacy.

The purpose of this letter is to request that the “Administration building of the Izumo Taisha Shrine” be granted another opportunity of not being demolished. My rationale is as follows:

1.      Japan, as well as Latin America, had a huge modern architecture development in the post second world war period.

2.      Japan in particular attracted the attention of the world in the sixties due to the appearance of the young generation of architects lead by Kenzo Tange and Kiyonori Kikutake, author of the building in question.

3.      This building in particular express two characteristics of the Japanese architectural culture of the sixties: the image of the old traditional architecture as a new point of development, and new ways in the use of concrete, in particular, post-tensioned concrete ridge beams, which is one of the reasons for the current damages to the building.

4.      My suggestion is to give the building another opportunity while the Japanese tecnicions asks the world for technical opinions in order to save the structure. If humankind was able to save the Abu-Simbel complex by moving a mountain, why can’t we save this concrete structure with the knowledge of the XXI century? Mexican engineering invented a system to avoid the sinking of the Mexican Cathedral, a XVIII century building, I believe that we may have an opinion.

5.      To continue with the demolition could mean admiting a failure before the world could give an opinion.

6.      I am basing my opinion in my own criteria as well as on the opinions of ICOMOS-Japan  Docomomo Japan, (that selected the building as one of the 100 most important modern buildings in Japan), and the SAH, among others international organizations. 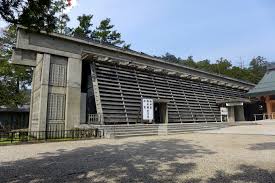 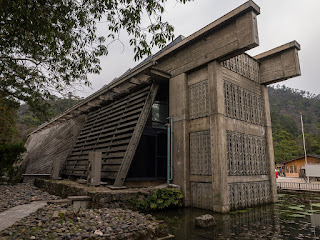 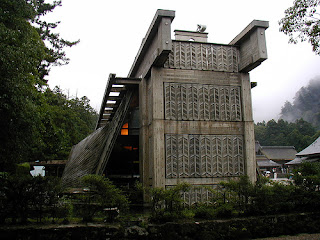